One of the best female pastposters ever lived. 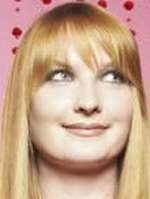 Her casino “career” started when she was dating Salvatore Gillette in the early 1990s, one of the Richard Marcus team members. At first, young woman helped the team just by sitting at the blackjack table and attracting the dealer’s attention in the needed moment and making random bets.

After she proved to be a very reliable and devoted team player, Marcus advanced her in office by letting her become a“checkbettor.” Her job was to bet on specific numbers. Actually those were the schematic moves, which made the dealer move correspondently. It allowed a mechanic of the team, whose job was the “real” bets, substituting the bets with the same amount of the chips, where the bottom chips were of a high value.

As she succeeded in this job too, she got “promotion” to cash out won money. Not many people know that it is not so difficult to win money, as to get them from the cashier. It is strange, if a person constantly comes for large amount of money. You simply cannot be that lucky and you attract much attention. That is why there are the rules how to cash out money and stay unnoticed under the hundreds of cameras.

In a year of fruitful collaboration, she became a “claimer,” a person who claims about the pastposted bets, as if they were legal. Also the claimer takes the chips from the table, which is the most perilous part. At the beginning there were doubts, but they vanished when the team saw the result. A hot “stupid” blondy had every chance to persuade the casino staff that she was just so lucky. The team prospered and made more and more money.

Skoons was a very sharp-minded person, who could turn any situation into direction the most advantageous for her and come off clear. Also she was a very smart casino cheater and with her talent and experience she improved some moves, like switching chips, claiming bets. We cannot deny the fact that she got away with many issues. Sherri knew the ways how to seduce distantly the dealers, pit bosses, guards and other representatives of the casino staff. Her talent was even in charming the lady bosses too.

But in few years of the successful team work, she decided to quit and go to school. It happened in 1995. She chose forensic criminology, which was very unexpected. Some people say that Marg Helgenberg reminds of her in the CSI TV show. It was so wise to leave before you got caught.